I'm a professional pilot with a degree in art. My first model was an AMT semi dump truck. Then Monogram's Lunar Lander right after the lunar landing. Next, Revell's 1/32 Bf-109G...cried havoc and released the dogs of modeling! My interests--if built before 1900, or after 1955, then I proba...

Copyright ©2021 text by Frederick Boucher [ JPTRR ]. Images also by copyright holder unless otherwise noted. Opinions expressed are those of the author(s) and not necessarily those of ModelGeek. All rights reserved.

Mcleod
An outstanding review; makes me want to spend some money. I've seen the authors Albatros artworks posted here and there. He's meticulous on the subject.
JUN 29, 2014 - 12:31 PM

Kornbeef
Looks a wonderful book but unless my eyes deceive me on the cutaway the control arrangement is as the D.I & D.II not similar to the D.V & D.Va which I believe it should be as it has the same wing arrangement. Koloman's excellent reproduction DIII and DIIs show this major difference to fantastic effect. Windsock, Roden & Eduard have all failed to pick this up. So it's hardly surprising to see it replicated. Other than that it looks a wonderful book and I'll buy a copy for certain. Keith
JUN 30, 2014 - 05:59 AM

Jessie_C
Keith, if you're speaking of the aileron control wires, it was only the D.V which had them routed through the upper wing. All other variants used the lower wing as shown in the cutaway.
JUN 30, 2014 - 08:54 AM

Kornbeef
No Jessica, I mean the actual control column and such. The wing spars moved, the control column arrangement changed to suit this. The D.I & D.II had two main wing spars in the lower wing, the cables ran behind the rear one. The D.III only had one lower wing spar further forward as the D.V & D.Va that followed. It's just assumed by many that the change to control column came with the new fuselage of the D.V. Kolomans D.III Controls mid build to show. 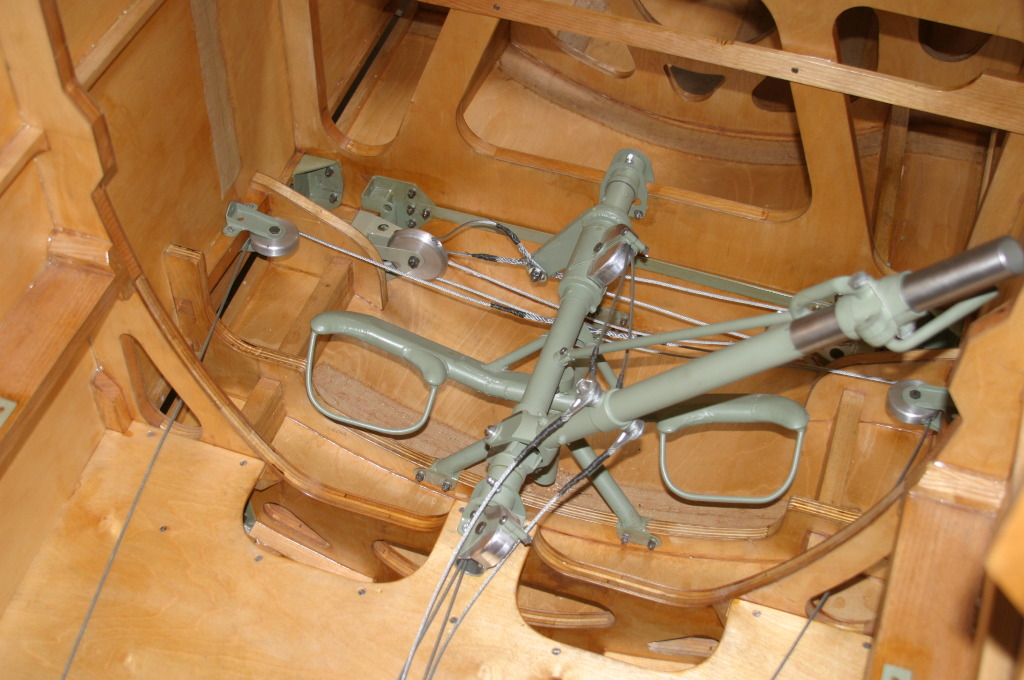