Self-proclaimed rivet counter who gleefully builds tanks, planes and has three subs in the stash.

Copyright ©2021 text by Bill Cross [ BILL_C ]. Images also by copyright holder unless otherwise noted. Opinions expressed are those of the author(s) and not necessarily those of ModelGeek. All rights reserved.

Joel_W
Rowan, I'm not holding my breath for a1/48 scale kit any time soon. What I'm waiting for is for some of the really talented AM guys to make a scale catapult that one would have found on a Battleship. I'd buy that in a second. Unfortunately, my scratch building skills leave way too much to be desired to even contemplate such a venture. Joel
DEC 09, 2015 - 04:22 AM

Merlin
Hi Bill Well, jokey responses aside, if you want to watch a company go bust, by all means encourage it to ignore a major market share... We'll probably find 1:72 still eclipses the lot This artificial scale rivalry nonsense does my head in sometimes. I love 'em all, from large to small, and I just want to see companies thriving. All the best Rowan
DEC 09, 2015 - 04:35 AM

bill_c
Rowan, of course I agree with you, and I would be happy to see KH scale down their CADs and do a quarter scale version. The more, the merrier. My old eyes can't handle anything below 1/32nd scale however.
DEC 09, 2015 - 09:35 PM

AussieReg
Just one or two Carl!

bill_c
I have seen a photo on another forum showing a Kingfisher being loaded aboard an after catapult on the USS Arizona that clearly has an EDO float, so I'm no longer positive you can't build the "yellow wings" versions in the kit with EDO floats. Go figure! 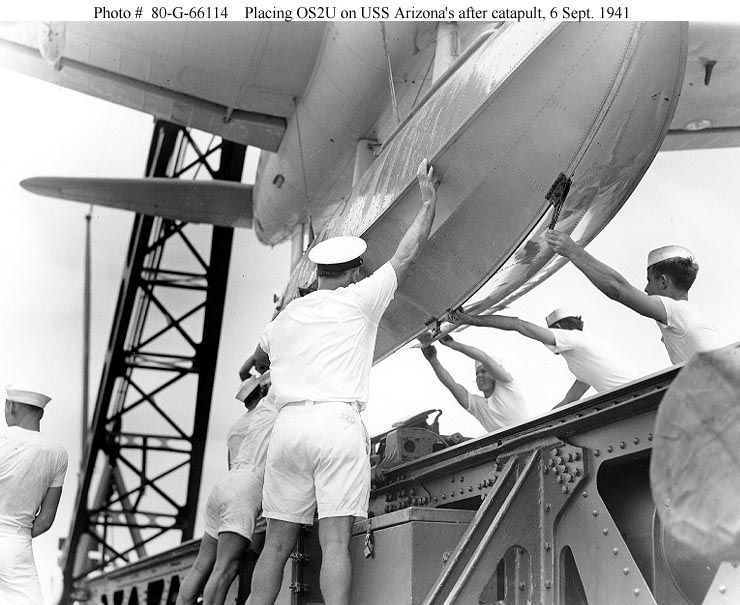 DanaBell
Hi Bill, I finally dug out some on my notes on this question - I left the answer too vague for too long. Those yellow-winged battleship Kingfishers were repainted overall Light Gray in early 1941, while they still had Vought floats. The Edo floats began to turn up in late July/early August, and the aircraft were again repainted (to Light Gray/Blue Gray) in August/September. Cheers, Dana
DEC 21, 2015 - 08:13 AM