WWW
RedComet (Scott) says
BAKUC is short for the Bandai Action Kit Universal Competition. It is for Bandai branded kits only (Gundam for example).


Thanks for the comments guys! Glad you like it!

must have been a tight contest, you did great work!

What is the BAKUC anyway?

Is it better to strive for Excellence or Perfection?

WWW
betheyn (Andy Brazier) says
That looks great Scott. I like the weathering on the God figure.
Congratulations on coming second.
Andy

WWW
RedComet (Scott) says
Here is my latest build that involved me re-visiting the Zeonic Knight build from a few months ago. This one is now titled 'Kneel Before Your God!' : 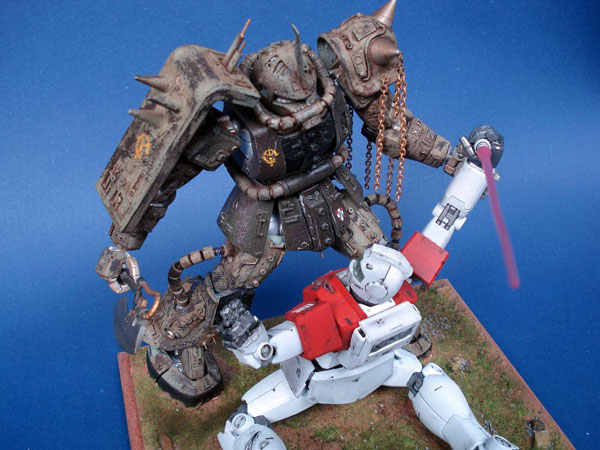 I recently took this to the first ever Australian BAKUC and managed to get 2nd Place in the Open Expert category too.