WWW
Mechworker (Adam Rehorn) says
While I dont get as many of them built and posted as Id like to, one of my favourite types of kit is a mech kit. I grew up in the 80s loving Tranformers and Robotech, and have, since then, been a big robot junkie. Normally, the robots I build are Gundams, but I have a few others from different series as well.

One series I was both thrilled to find that I could still get kits from was the planned successor to the Gundam franchise  Metal Armor Dragonar. I got what amounts to the whole set a while ago, and I thought it would be fun to take a look inside one and see what an old-skool mech was like.

The Dragonar kits are surprisingly nice for their age, and are much better than Gundam kits of the same era, actually! Check out the first of my Dragonars; the half-plane, half-humanoid (but not a Gerwalk/Guardian) Schwalg! 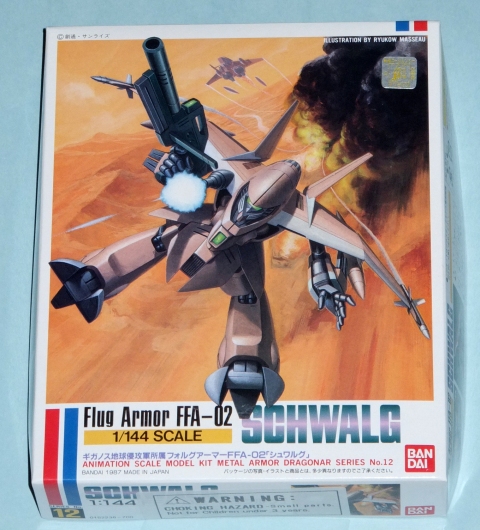